Basic Fun Twinkle Eye Ponies Picture & Where to Get

Basic Fun Twinkle Eye Ponies Picture & Where to Get

Twinkle Eyes are still coming!
First they said 'delayed', then they said 2022...but now it looks like Fall 2021 is still on for Gingerbread, Sweet Stuff, Fizzy and Sky Rocket.

[You must be registered and logged in to see this image.]

It was originally supposed to be August but with the photo only showing up in the last week of the month it's looking like it'll be later than that. What matters is being able to get them!
Why?
If they do well, they'll make more! BUT each run of Basic Fun ponies has to do well enough that they consider making another set of them. With only 4 TE's to start we've got a while to go until we can get a 10 dollar Mimic out of them (which is what everyone wants) Of course, these are a perfect start because of how problem prone the vintage ones are with centerpoint/cancer, regrind, faded pink, eye scuffs, eye-iridescent-loss, frizz and more. That white Gingerbread is just SO perfect!

To help everyone who wants to get them, this post/thread can help.
Did you see these for sale somewhere near you? Reply with where, and how much, and if they ship.

So far:
Cracker Barrel-
Yes it's a restaurant, but it has some kind of wacky gift shop. YES they do ship to the US (and beyond? Unknown yet) so if there's not a Cracker Barrel near you, you can still buy them online.

Blaine's Farm & Fleet-
They have a photo up on the site, and they do ship because this store is sure not in every state. However, they are reported to probably going to be pricey with whatever they get.

Meijer- A grocery
Why toys in the grocery? I don't know but Meijer isn't in every state either and they never ship at all so use this one only if you're local.

Papermart- ????? Unknown???
This HAD the Posey set, will they get the TE too? Post will update when it is known. This was a good store because it had sales that are store wide and would do free shipping sometimes. It would be good if they got the ponies.

they look super close to the originals in this photo. I wonder if the bodies will be squishy or a harder type like most of the originals?? I really want them all!! I hope they make the entire seies! 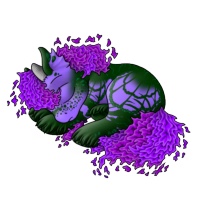 I have a sweet stuff in hand and she's so perfect! Definitely my favorite of the basic fun so far. I hope they make more. Would be great if they made mimic, wouldn’t it? lol 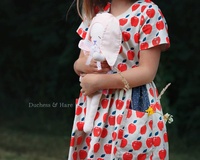 I just found some at Ben Franklin Crafts

Walmart.com has them in stock now too. For some reason sky rocket is higher priced than the other three. Super strange